What is Wireless Power Transmission/Transfer ?

Wireless power transfer is a generic term for a number of different technologies for transmitting energy by means of electromagnetic fields. This is a wide-sweeping field within which there are many different applications and technologies.

Wireless power transmission is the act of delivering meaningful amounts of energy without moving or employing mass between transmitter and receiver. Electromagnetic fields convey power across space. It can replace the need for wires and batteries to provide a more convenient, mobile and safer way to provide energy.

According to early history, Heinrich Hertz was the first to prove the existence of electromagnetic waves. Hence the name “hertz” as the unit for frequency. 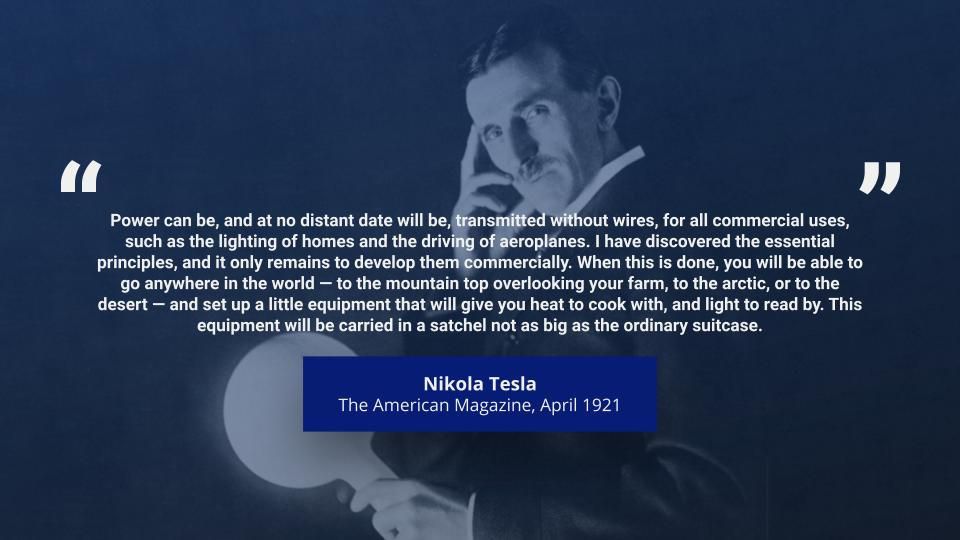 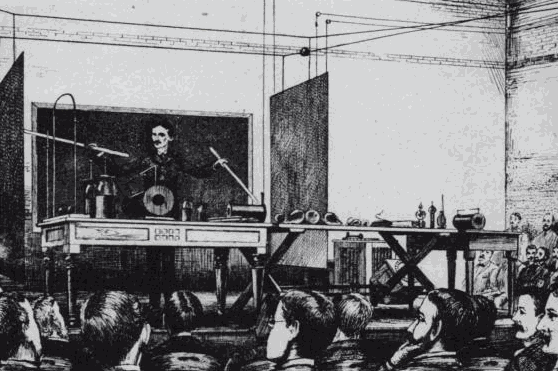 Image Showing: Tesla demonstrating wireless transmission by "electrostatic induction" during an 1891 lecture at Columbia College.  The two metal sheets are connected to a Tesla coil oscillator, which applies high-voltage radio frequency alternating current.  An oscillating electric field between the sheets ionizes the low-pressure gas in the two long Geissler tubes in his hands, causing them to glow in a manner similar to neon tubes.

Short-range is typically power transmission within centimetres and metres. The most common wireless power transmission technique is with Inductive Power Transfer, where power is transferred utilizing a magnetic field using inductive coupling between two coils of wire.

Examples of short-range power transmission by this definition include powering devices wirelessly within a house or building and charging electric cars using a resonant magnetic induction pad on the ground.

Long-range power transmission with antennas can be categorised into Near-Field or Far-Field. In the near-field, one can observe plane waves with very little to no beam divergence. Conversely, in the far-field there is significant beam divergence, and inverse squared decay for the power density with distance, something which is not observed in the near-field.

Keep an eye one our solar blog post for more articles on Wireless Power Transmission/Transfer Technology.

Get this below exclusive limited time offer only available in Canberra, ACT Or Visit Solar Offers For More Details About Other Offers.

Sign in to leave a comment
The New Energy Guide
Making solar, batteries and new energy technology work for everyone