We use cookies in this website. Read about them in our cookies policy. To disable them, configure your browser properly. If you keep using this website, you are accepting those.
OK
Booming Rooftop Solar
Growth pushes renewables to 28 pct of energy mix

As published on renew economy, written by James Fernyhough

Check some of the comments made by reader, 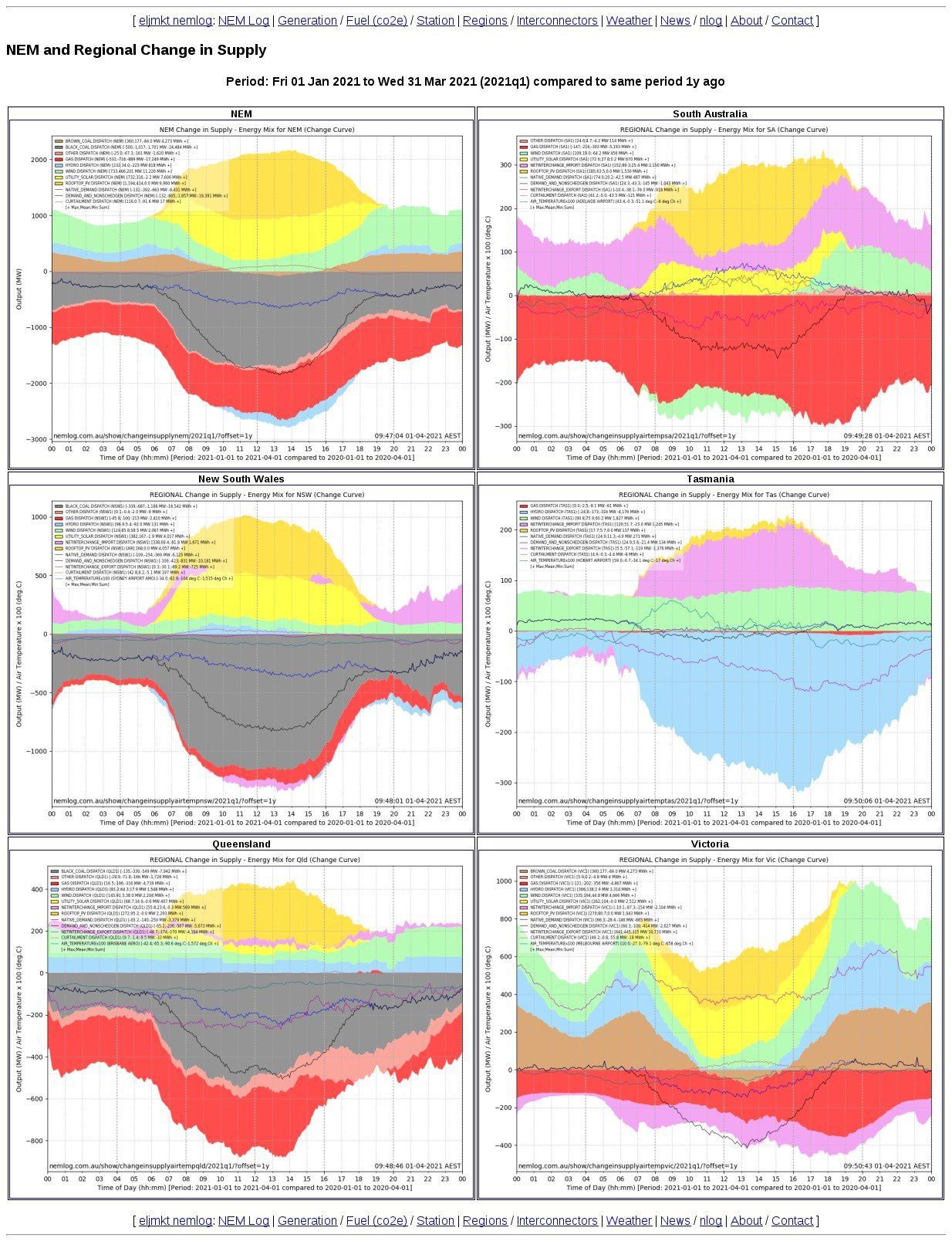 "For one hour in October, South Australia produced 100 per cent of its electricity from renewable sources for the first time.

I think you meant to say produced 100 per cent of its electricity from SOLAR for the first time. There have been plenty of times where >100% was produced by wind."

It was a record breaking year both for capacity installed (up from 2.2GW of new capacity in 2019) and the number of individual installations, which reached 378,451. The average size of installations hit 8kW.

Large-scale projects – including wind and solar – contributed just under 2 gigawatts of new capacity, with 32 projects completed around the country. Of that, 1,097MW came from wind – passing the 1GW mark for the first time.

But coal, the dirtiest fossil fuel, still generates the vast majority of electricity in Australia, at 62 per cent. Gas generates just under 10 per cent.

Tasmania, became the first Australian state to produces all its electricity from renewables (mostly hydropower).

Victoria produced 27.7 per cent of its electricity with renewables, Western Australia 24.2 per cent, NSW 21 per cent and Queensland 16.6 per cent.

In gigawatt hours, New South Wales was the biggest producer of renewable energy, at 14,312GWh. NSW also installed the most rooftop solar, adding 927MW of new capacity. It was followed by Queensland with 787MW, and Victoria with 559MW.

The CEC said Victoria’s figure was impressive because rooftop installations were shut down for two months during the second coronavirus lockdown.

The CEC says there are currently 8GW of large-scale renewables in the pipeline, with 49 large-scale solar farms and 21 wind farms in construction. This, combined with the slow but sure retirement of coal plants, means renewables strong growth in total market share is set to continue.

The CEC praised state governments – particular the NSW government – for taking the lead on renewable energy policy, but said the lack of federal policies, along with network constraint, was holding back more rapid development of large-scale renewables.

“The most prominent challenges continue to be related to the electricity grid and the lack of a federal energy policy, with the convoluted grid connection process, network congestion and energy policy inaction causing significant uncertainty for developers,” it said.

“While reform initiatives such as the Energy Security Board’s post-2025 market review are working to alleviate grid-related issues and state and territory governments are taking energy policy into their own hands, it will take significant time and effort to solve the problems caused by years of inaction and neglect.”

However, CEC chief executive Kane Thornton said it was encouraging that the COVID-19 pandemic did not seem to have slowed the momentum that had gathered despite the federal policy vacuum.

“The COVID-19 pandemic meant that 2020 was a difficult year for many Australians, but the renewable energy industry continued to provide hope that Australia’s other great challenge – climate change – is being addressed,” Thornton said.

“The industry’s incredible progress over the past five years is just the beginning of a long and challenging journey towards our vision of a clean energy future.”

As for batteries, the CEC said by the end of 2020 there were16 utility-scale batteries under construction, representing almost 600MW of new capacity. On top of that, Australian households installed 23,796 small-scale batteries with a combined capacity of 238MWh.